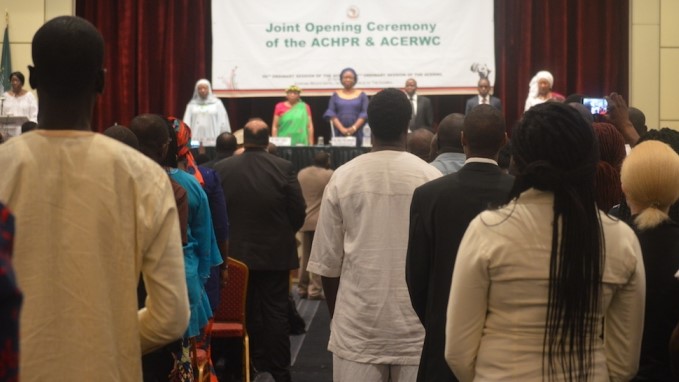 AHRN was represented to give its contribution to protect and promote human rights in Africa.